'Albert was the most amazing chalet host, we were his first guests but you wouldn't have known, he was a pro and he made the most yummy meals and cakes! Superb! Really can't fault any part of our stay or any staff, it was just fantastic and would use Le Ski forever from now on!'
Sarah, Chalet Maurilisa, Christmas 2017
Book online now

Racers and fans are eagerly awaiting the arrival of the Tour de France in the Three Valleys as the last week of the competition gets underway.


In an exciting addition to the race, cyclists will ascend the brutally steep Col de La Loze Track which straddles the mountain ridge between Meribel and Courchevel. With a summit of 2304m on the 7th highest pass in France, it’s definitely going to be a high point in what has already been a gripping race.

The 107th Tour de France has 21 stages, starting in Nice and ending in Paris. In all, the cyclists will cover an incredible distance of almost 2,200 miles over 23 days. On Wednesday 16th September, the Three Valleys will be hosting Stage 17 of the race, with a stunning summit finish on the Col de La Loze. 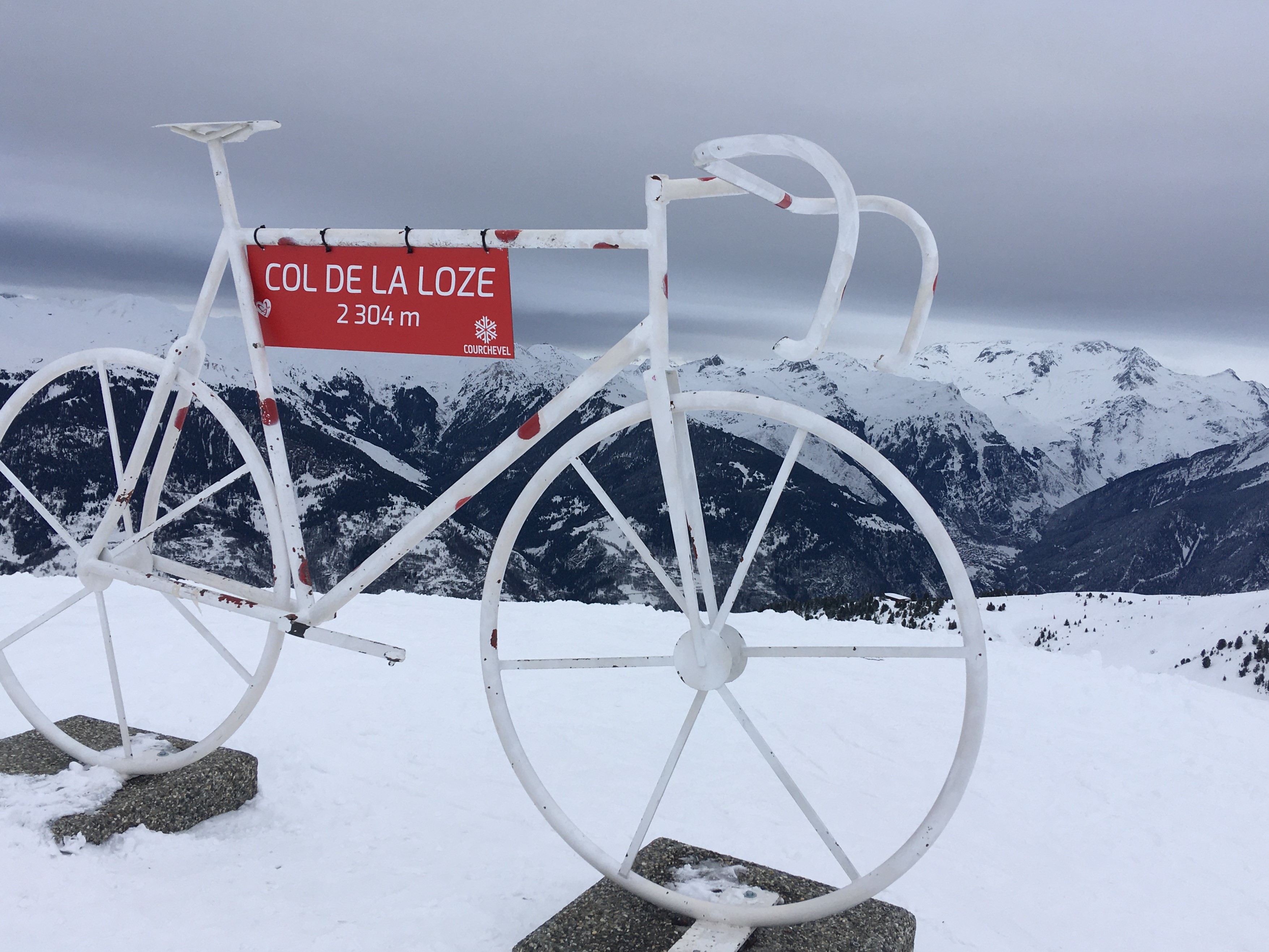 At the summit of the Col de La Loze last winter.

The Col de La Loze cycle route was opened last year and is a challenging track which invites riders to attack.  Closed to motorists, the route grips the mountain and has inclines of 16-20%. It has a succession of abrupt slopes, hairpin bends and harsh climbs which become increasingly more challenging with the increased altitude toward the summit.

If you’re watching the Tour back home, you can look forward to seeing marvellous mountain scenery during this stretch of the race. Initially the route crosses verdant pastures with gently grazing cattle. It looks vastly different to the ski slopes in winter but you may recognise some popular ski runs and imagine the snowy tracks under the cyclists’ wheels… Continuing the ascent to the summit, the scenery becomes more rocky. The final stretch alternates between flats and inclines from which beautiful vistas of the Vanoise glaciers, Grande Casse, Grand Bec and the magnificent Mont Blanc can be enjoyed. 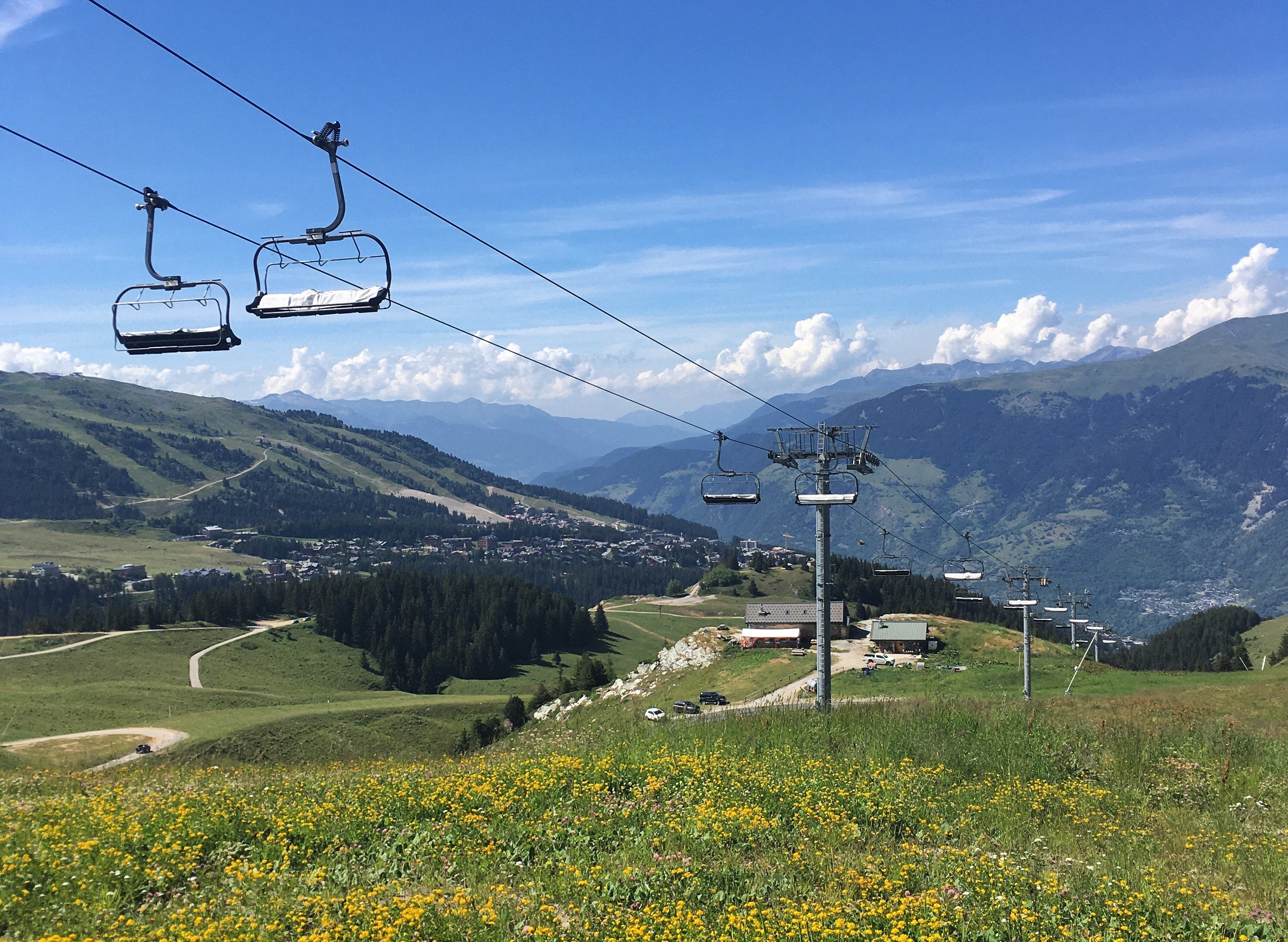 On Wednesday, the racers are expected to arrive between 16:45-17:45pm. Crowds are limited due to COVID restrictions but the locals have been busy making sure the racers receive a warm welcome. At Jacks Bar in Meribel the finishing touches have been taking place to decorate the bar which sits in the central village. Everyone’s looking forward to a fantastic celebration.

Decorations for the Tour at Jacks Bar, Meribel. Credit: Jacks

Excitement is also mounting for this Stage as Colombian cyclist and defending champion, Egan Bernal, is now all but out of contention for the win. He usually flourishes in the high mountains in the Alps, but with a disappointing race so far, Tour fans are eager to see who will take the lead in the race.

This stage of the race sounds thrilling and we can’t wait to watch. But, if like us at Le Ski, you’d prefer to stick to cruising down the mountains on your skis rather than up them on a set of wheels, you can book to join us this winter for a mountain thrill of your own!